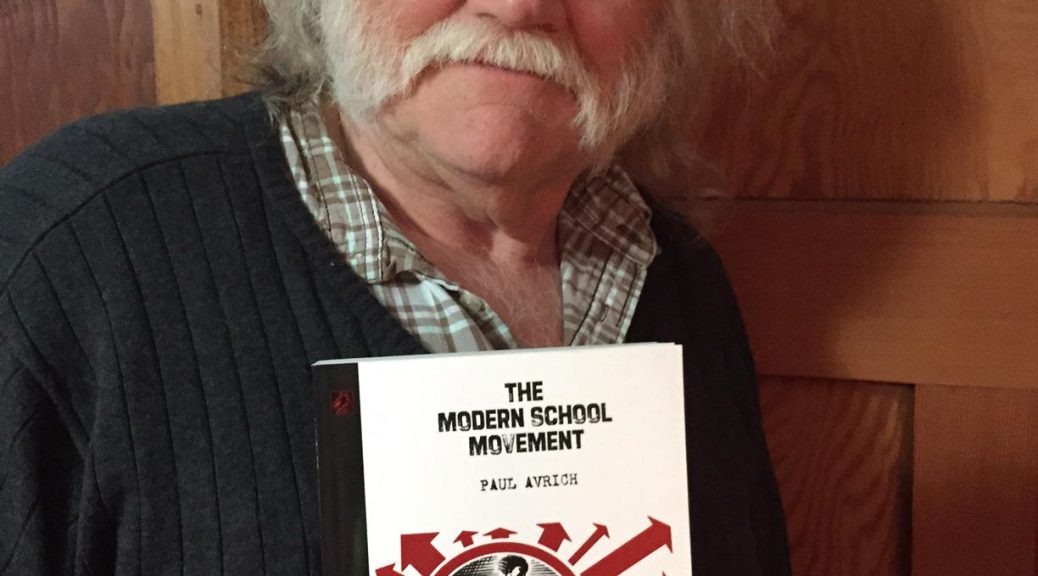 I’m really happy to share a chat with anarchist and historian, Barry Pateman. Barry, born in the early 1950’s, grew up in a working class coal mining town of Doncaster in the UK and became an anarchist in the 1960’s in London. He is a longstanding member of the Kate Sharpley Library which covers histories of little-known anarchists and events in history. Barry has also contributed to and edited numerous books including “Chomsky on Anarchism”, a two book document collection with Candace Falk and many more titles, many on AK Press. We talk about anarchist history, community, repression, defeat, insularity, popular front with authoritarian Marxists, class analysis and how to beat back capitalism. Find Kate Sharpley Library at KateSharpleyLibrary.Net

I’d like to recommend listeners check out a recent call to General Strike by People’s Strike, which includes Cooperation Jackson. The beginning of their call, which can be found linked to in our show notes, is:

The CODVID-19 pandemic has starkly revealed the inequalities and injustices that daily plague the world.

The triple crisis of viral plague, systemic economic breakdown, and the failure and/or unwillingness of Governments to provide necessary protections, especially for the poor and people subjected to white supremacy, ethnocentrism, xenophobia, and mysogyny has thrown us into a fight for our lives.

The “Free Markets” that right-wing political figures like Donald Trump, Boris Johnson, Jair Bolsonaro and others are seeking to protect and rely upon to address the COVID-10 pandemic will continue to produce chaos and needless suffering for millions of people. The economic nationalism and imperial rivalry we see on full display in the midst of this pandemic magnify the threat of war.

In the U.S. we are fed a steady stream of lies and authoritarian posturing. From Palestine to South Africa to Brazil to the U.S. and beyond, ooppressive regimes are actively sacrificing vulnerable peoples and communities and treating frontline workers as uttlerly disposable.

We say ENOUGH! It is time to stand up! It’s Time To Strike Back – For Our Lives and Our Futures!

You’ll notice that in this chat we’re mostly taking a slight break from the 24-7 covid-show for our broadcast, though the topic is touched on briefly. If you’re looking to hear anarchist-relevant perspectives concerning the pandemic and organizing, we do suggest people check out Episode #33 of A-Radio Networks “Bad News: Angry Voices From Around The World” which is up at our website and also available at A-Radio-Network.Org. I would also suggest checking out some of the awesome shows in the Channel Zero Network, of which we are a member. For instance, Kite Line Radio produces a weekly show featuring the voices of prisoners and the formerly incarcerated on all sorts of topics.

Chumbawamba – I Never Gave Up – Showbusiness! – One Little Indian