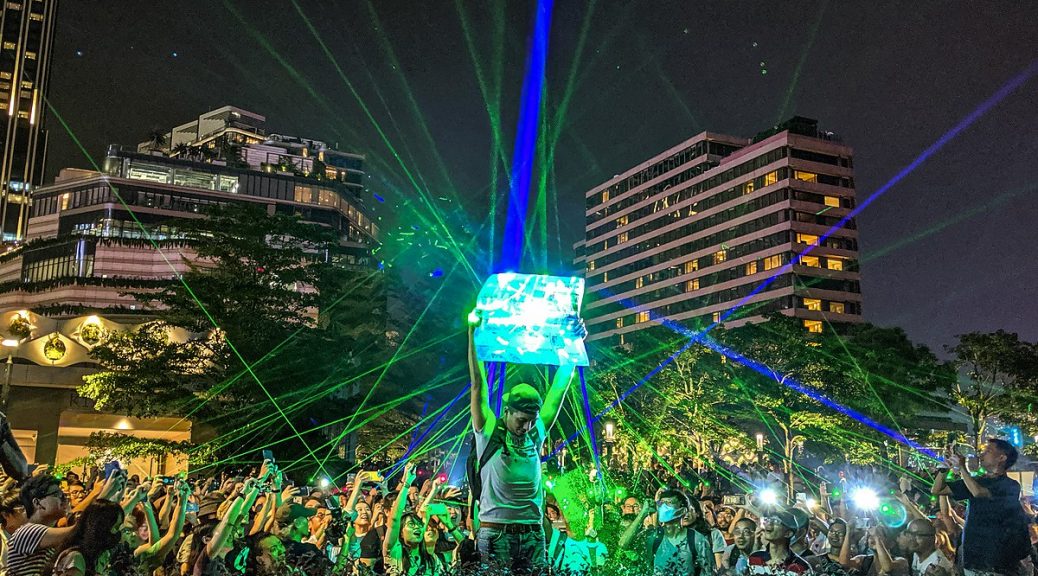 We Need To Spread This Freely: JN On HK Under National Security Law

This week, I speak with JN, an anarchist who works with the decolonial, leftist HongKonger platform, Lausan, talks about where the uprising against Chinese integration in Hong Kong stands, the National Security Law, tankie and rightwing narratives and international anti-authoritarian solidarity and resistance.

The interview about Belarus that I mentioned before was from a recent episode of Elephant In The Room, from Dresden, Germany, which is a member of the Channel Zero Network of Anarchist Podcasts.

A few of the media links mentioned by JN are:

I’d like to remind folks that the 2020 Republican National Convention is going to partially be held in Charlotte from August 20-24. One group that is doing anti-repression work in the area is CharlotteUprising, which can be found on twitter at @CLTUprising, where you can find info about the protests at the event as well as their jail support, including how to make donations. You can learn more by following the hashtags #CharlotteUprising and #ResistRNC2020

You can read the whole release here:

To all in solidarity with the Prisoners Human Rights Movement:
We are reaching out to those that have been amplifying our voices in these state, federal, or immigration jails and prisons, and to allies that uplifted the national prison strike demands in 2018. We call on you again to organize the communities from August 21st – September 9th, 2020, by hosting actions, events, and demonstrations that call for prisoner human rights and the end to prison slavery…

On August 21 – September 9, we call on everyone in solidarity with the prison class struggle to organize an action, a panel discussion, a rally, an art event, a film screening, or another kind of demonstration to promote prisoners’ human rights. Whatever is within your ability, we ask that you shake the nation out of any fog they may be in about prisoners’ human rights and the criminal legal system (legalized enslavement).
During these solidarity events, we request that organizers amplify immediate issues prisoners in your state face, the demands from the National Prison Strike of 2018, and uplift Jailhouse Lawyers Speak new International Law Project…

The prison strike demands were drafted as a path to alleviate the dehumanizing process and conditions people are subjected to while going through this nation’s judicial system. Following up on these demands communicates to the world that prisoners are heard and that prisoners’ human rights are a priority.
In the spirit of Attica, will you be in the fight to dismantle the prison industrial slave complex by pushing agendas that will shut down jails and prisons like Rikers Island or Attica? Read the Attica Rebellion demands and read the National Prison Strike 2018 demands. Ask yourself what can you do to see the 2018 National Prison Strike demands through.
SHARE THIS RELEASE FAR AND WIDE WITH ALL YOUR CONTACTS!
We rage with George Jackson’s “Blood in my eyes” and move in the spirit of the Attica Rebellion!