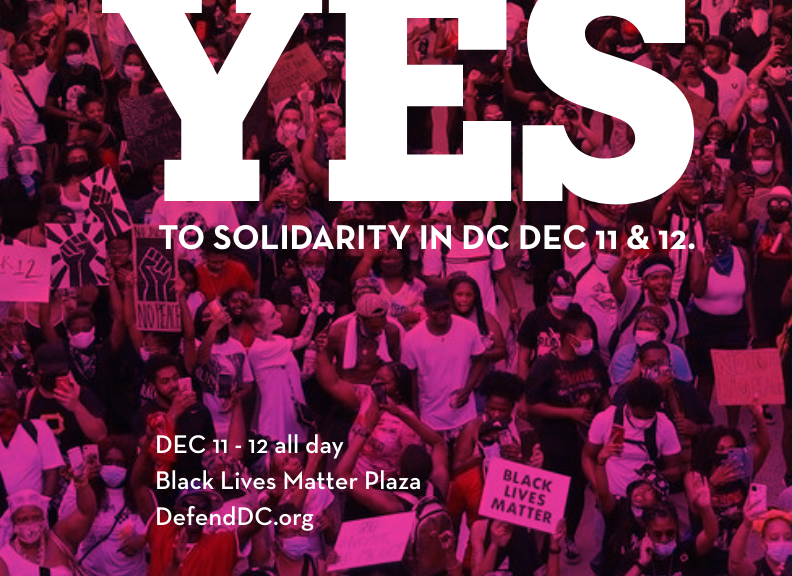 This week, you’ll hear a full show, with an update on antifascist resistance in the US by Daryle Lamont Jenkins, updates from Greece and Slovenia (more below). Plus, a segment by Sean Swain [00:01:38 – 00:07:54]

Our main content is a conversation with antifascist organizer Daryle Lamont Jenkins of the One People’s Project and IdaVox to talk about his views of the state of the far right at this time in the US, their Stop The Steal rallies and the November 14th Million for MAGA March in DC at which three BLM and anti-racists activists were stabbed, what the shift in regimes will mean for anti-racists and the importance of our participation in December 11th and 12th to counter a rally called for by the Proud Boys. You can find Daryle’s work up at OnePeoplesProject.com and at IdaVox.com and more about the December 12th counter demo at DefendDC.Org

Then, you’ll hear some audios from the latest episode of BAD News, the montly, English-language podcast from the A-Radio Network, of which The Final Straw Radio is a member. In that block, the first audio is an update from Greece by Radio Fragmata, a longstanding pirate station based in Athens. Then, Črna Luknja shares updates from Slovenia, including notes on the repression of the autonomous squatted factory, Rog, in the center of Ljubljana. You can hear the whole episode, plus any past ones, up at A-Radio-Network.Org and finding the BAD News link.

A few links to subjects mentioned:

Tracks featured during this episode: