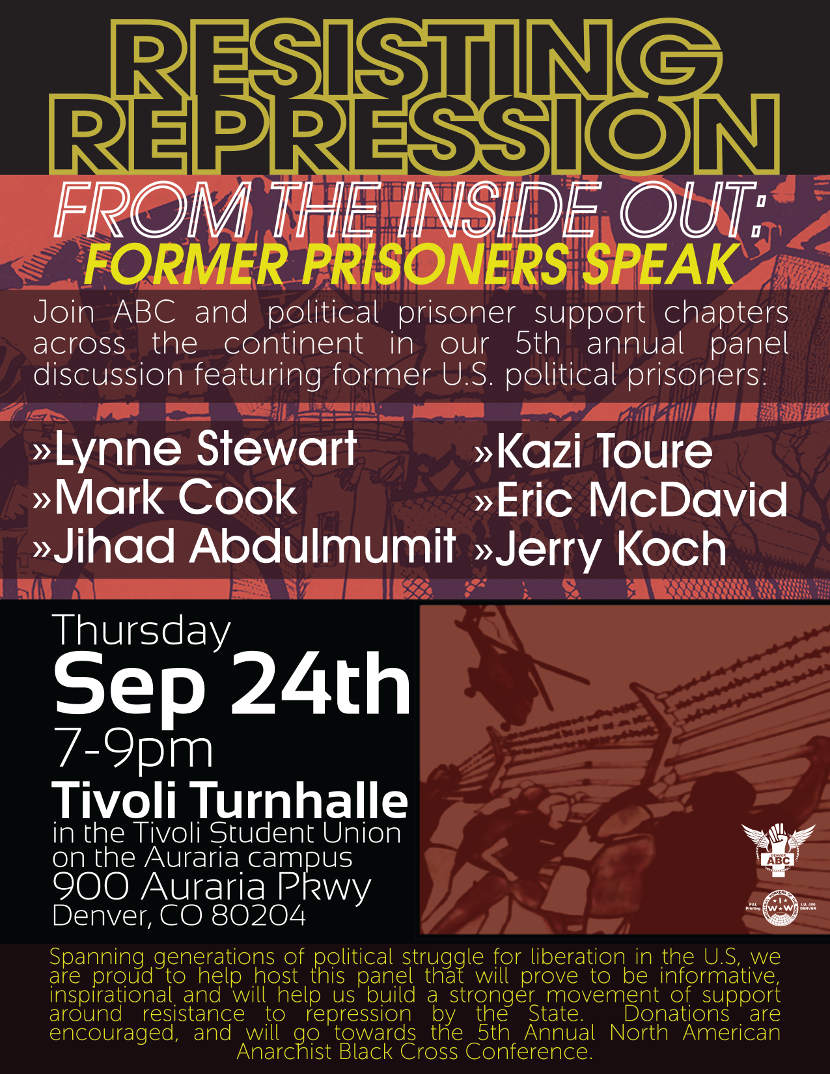 This episode has two parts.

In the first segment of the episode, William spoke with Anne Peterman of the Global Justice Ecology Project, following up on the GE Trees Action Camp which took place in late September outside of Asheville. To hear the previous interview you can go to http://thefinalstrawradio.noblogs.org and search GE Trees, and to learn more about GJEP and to donate to Anne and Ruddy’s legal defense, you can go to http://nogetrees.org

The bulk of the hour we’ll hear the second half of the Former Prisoner Panel proceeding the North American Anarchist Black Cross conference in Denver, 2015.

On the panel you’ll hear from:

The first half of the panel discussion can be found here: http://thefinalstrawradio.noblogs.org/post/2015/10/14/former-political-prisoner-panel-in-denver-2015-pt-1/

In this presentation, the panelists speak about experiences of re-entry, trauma of incarceration, support they’ve received, experiences behind the bars and critiques of how prisoners are supported. This event was hosted by Denver Anarchist Black Cross (http://denverabc.wordpress.com)

We lacked time to announce this benefit for Stephanie Wilson, a dear friend who was struck by a car while attempting to render care to a dog who’d been previously hit by another vehicle. The benefit is to raise medical funds for Stephanie. More info here: https://www.youcaring.com/stephanie-wilson-454345