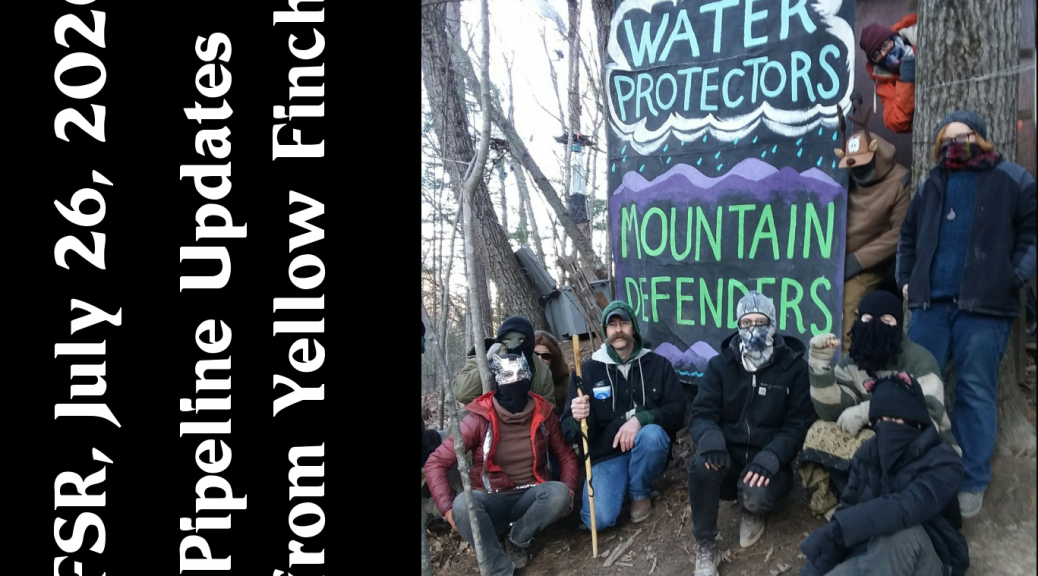 690 days. That is how long the tree sit on Yellow Finch lane has been standing to block the progress of the Mountain Valley Pipeline’s proposed 301 mile corridor of pressurized, fracked liquefied natural gas.

This week, we speak with Dustie Pinesap and Woodchipper who are at the Yellow Finch Tree Sit in so-called Montgomery County, Virginia, who talk about the MVP, the recently-cancelled Atlantic Coast Pipeline, resistance during the pandemic, solidarity with the uprising against capitalism and white supremacist policing and a whole lot more.

If you’re in the Asheville area this week, city council will be conducting a hotly contested vote on the police and other budgets Tuesday, July 28th. According to the instagram account, @DefundAVLPD, there will be a rally that could turn protest starting at 5pm in front of Asheville city hall at 70 Court Plaza in downtown.

Anarchist prisoner Michael Kimble and fellow prisoner Brandon Oden began a hungry strike from all food other than water to protest the following:

Kimble and Oden are asking that everyone call and fax the Governor and Commissioner to demand that they seriously address and correct these problems.