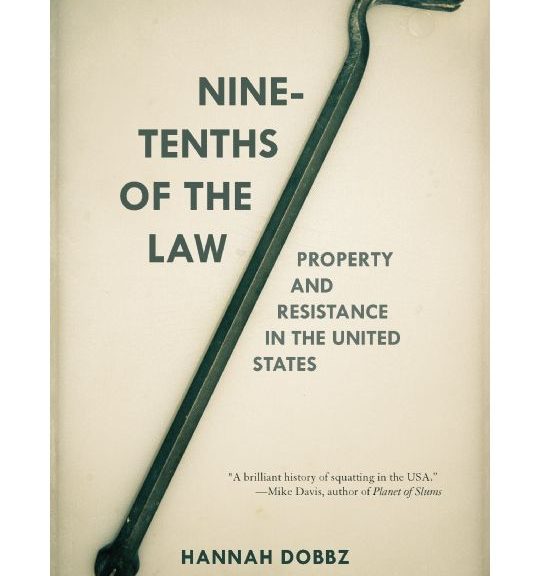 NIne Tenths of the Law: Hannah Dobbz on US Squatting (2013)

This week on the podcast, we’re sharing an interview that I did with Hannah Dobbz, author of “Nine-Tenths of the Law: Property and Resistance in the United States”, published by AK Press. This interview originally aired on March 31st, 2013.

“Hannah was also the creator of the documentary “Shelter: A Squatumentary”. We talk about squatting in the U.S., homesteading, market values, views on squat resistance in other countries from the U.S. and more. The latter half of the show features a musical selection from the metal and gothy end of the spectrum.”

More info on the book can be found at PropertyAndResistance.wordpress.com.