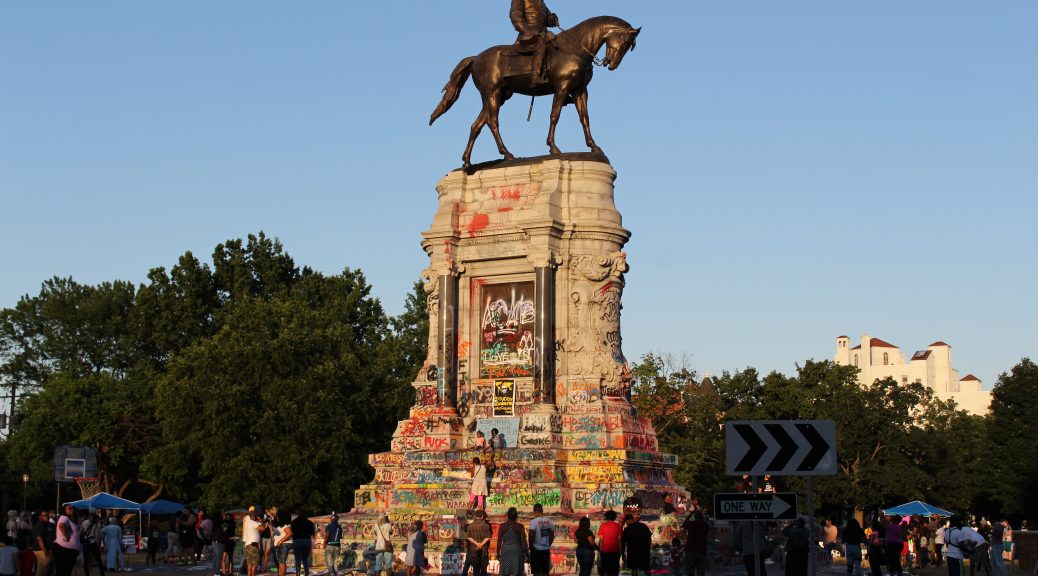 RVA In The Uprising with L and Buzz

In this one you’ve clicked on, you’ll hear L, who works with the Richmond Community Bail Fund, and Buzz talk about their experiences in the streets and doing anti-repression work in Richmond, Virginia, throughout the uprising against police killings sparked by the murder of George Floyd in so-called Minneapolis. They also talk about the decades-long struggle to take down public monuments to the Confederacy, including the reclaiming of the former home of the statue of General R.E. Lee, now known as Marcus David Peters Circle. It was named for a black man murdered by the Richmond police in 2018 while having a mental health crisis.

Amazing projects the guests suggest you check out:

If you want to hear the other half of this dis-enjoined pair, you can look for the episode called ‘Omaha in the Uprising with Mel B’, where anarchist journalist Mel B talks about the city, the marches, the killing of James Scurlock on May 30th and the mass arrest of 120 people on July 25th. 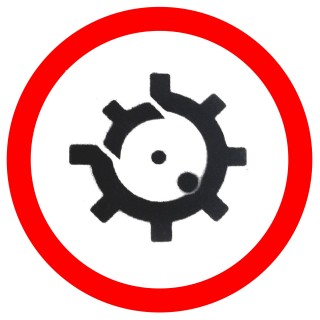 This week we have two segments, an interview with an Anarcha-Feminist organizer in San Salvador, El Salvador on the situation there, followed by Mitch of Red Strings And Maroons podcast on the upcoming Militia demonstration on MLK Jr. Day, January 20th, 2020 in Richmond, VA.

First, you’ll hear my conversation with Elisa, an anarchafeminist in San Salvador, El Salvador, talking about the new neo-liberal government of Nayib Bukele’s GANA party, repression, immigration, relation to the US and anarchist organizing there. More on her work at ConcienciaAnarquista.NoBlogs.Org and a Spanish version of this audio is available at our website.

A2 Gun Demo in Richmond

Then, I spoke with Mitch, host of Red Strings And Maroons podcast on the Channel Zero Network about the upcoming far right militia and gun rights rally on Monday, January 20th 2020 in Richmond, Virginia. More on Mitch’s work at RedStringsAndMaroons.com and organizing info by AntifaSevenHills from Richmond can be followed on twitter at @ash_antifa, their response to the Vice article can be found here (https://antifa7hills.blackblogs.org/2020/01/18/in-response-to-vice-news-why-this-antifa-group-is-siding-with-thousands-of-pro-gun-conservatives-in-virginia/) and above that post is a local rogues gallery of known fash in RVA to be aware of.

First up, some prison rebel Jason Renard Walker. Jason had his contacts book stolen by prison staff and has been moved. He’s asking folks who have been in contact with him (or any other comrade) to reach back out to him with a letter as he’s getting situated in his new spot. You can read Jason’s writings up at SFBayView.com by searching his name. You can write him at:

Just got the news that MOVE 9 prisoner Delbert Africa has been released! Now it’s time to get the remaining co-defendant, Chuck Africa and their supporter Mumia Abu-Jamal out as well. #FreeThemAll!

Marius Mason, an anarchist, labor organizer and trans prisoner who was sentenced to 22 years for ELF activities that led to no harm of humans or other animals has an upcoming birthday on January 26th. You can learn about how to write him or see his book wish list up at SupportMariusMason.org

Sixteen folks incarcerated at Central Prison in Raleigh, NC are going on a hunger strike starting Monday January 20, 2020 as an act of comradery to the 200 prisoners being tortured in Unit One (a mental health unit). They need your help to make the calls on Monday, January 20th. And if you have the time thereafter, call any other day you can until their demands are met and those sixteen hunger strikers can eat again.

In Unit One at Central Prison, guards are daily using chemical mace against both (level 2) mental health prisoners who receive psychiatric help and (level 3) mental health prisoners who take psychotropic medications. Guards are trigger happy and deploy an excessive amount into the prisoner’s small cell at the slightest disagreement. Pursuant to Chapter F Section 1504 Procedure (d):

“An officer is prohibited from using force solely as a result of verbal provocation. An officer shall not use force against an offender who has abandoned his/her resistance or who is effectively restrained. The use of force as punishment is strictly prohibited.”

Furthermore, these prisoners attend a group therapy session every Monday but while these prisoners are in group, Unit One’s guards destroy the cells of these prisoners by searching their cells and throwing their personal belonging all around the cell. This is done to deter the prisoners from attending group, discouraging them from receiving treatment.

Medical staff continue to show deliberate indifference to the needs of the prisoners housed on Unit One. Several prisoners are not receiving their self-meds (medications given out monthly that prisoners keep in their cells, these meds are but are not limited to blood pressure meds and high cholesterol meds, etc.). To receive these meds, the prisoner submits a medication refill request. The medical staff has neglected to submit the requests therefore leaving several prisoners without their meds.

This medical neglect and excessive use of force towards the most vulnerable population in Central Prison is cruel and unusual torture and a human rights violation.

These sixteen brave and selfless activists imprisoned in Central Prison are taking a stand for those in Unit One who are mentally incapable of making these demands, by way of a hunger strike. This is a humanitarian display of unity for those inside who face injustice by the very same who face injustices enslaved right there with them. This solidarity is inspiring. Please help them to expose these human rights violations and meet their basic, humanitarian demands by joining the phone zap and calling in to amplify their voices!

I am aware that Central Prison’s guards and medical staff are directly torturing the prisoners and there are 16 hunger strikers exposing these human rights violations that will not eat until the following issues are addressed:

You don’t have to give your name or any other information if you don’t want to.

Entering *67 before any number may block your caller ID.

Don’t worry about anyone giving you the runaround, not getting through or having to leave a message. Just pursue it to the point that you can. We are calling to apply pressure and every call counts.

Please report back on calls made in the comment section below or email atlantaiwoc@protonmail.com

TFSR is also excited to be a member of the A-Radio Network of anarchist and anti-authoritarian radios. Check out our website or social media streams for the latest episode of our monthly, English-language news roundup from anarchists around the world, BADNews. This month with anti-repression updates about the Park Bench 3 case from Hamburg, steampunk anti-eviction activism from Berlin, support for Chilean uprising prisoners, updates from the not-so-united United Kingdom and anti-repression, prisoner solidarity, labor organizing and squat struggles from Greece’s two largest cities.

A playlist will be available soon (Sunday), on the post on our website when we distribute the radio-friendly version of this chat, but here’s a breakdown of tracks:

The Ramsey Lewis Trio – The In Crowd