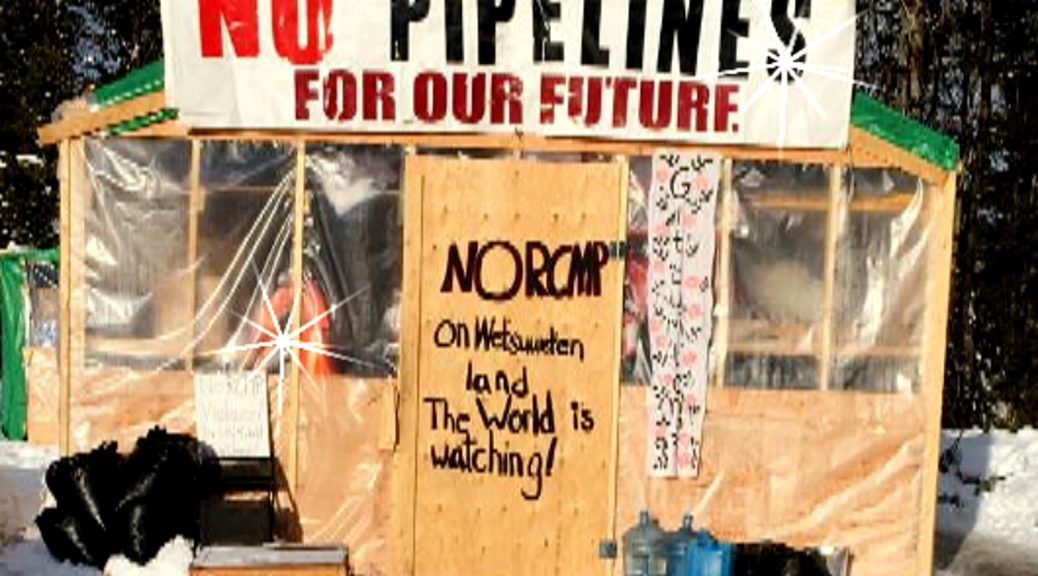 This week we had the opportunity to connect with Delee Nikal, who is a Wet’su’weten community member, about updates from the Gidimt’en Camp that was created to block the TransCanada Coastal GasLink pipeline (or CGL) that Canada is trying to push through their un-ceded territory. In this interview Bursts and Delee speak about ways folks can get involved, both in so called BC and elsewhere, how the covid pandemic is affecting their work, and many other topics.

The Struggle for Likhtsamisyu Liberation Continues, Updates from Delee Nikal

Click here to hear a past interview with Delee!

Links and projects mentioned by our guest:

Defenders Against the Wall

Help Get a New Lawyer for Sean Swain!

Before the segment from Sean Swain, we would like to draw attention to a fundraiser in order to get Sean proper legal representation. As we all may know by now, there is nothing restorative about the prison system, its only reason for being is punitive and capitalist. Sean Swain has been in prison for the past 25 years, for a so called “crime” of self defense and radicalized to being an anarchist behind bars. He has been targeted by numerous prison officials for his political beliefs, so much so that years were added to his sentence. If you would like to support this fundraiser, you can either visit our show notes or go to gofundme.com and search Restorative Justice for Sean Swain.

You can write to Sean Swain at his latest address:

You can find his writings, past recordings of his audio segments, and updates on his case at seanswain.org, and follow him on Twitter @swainrocks.