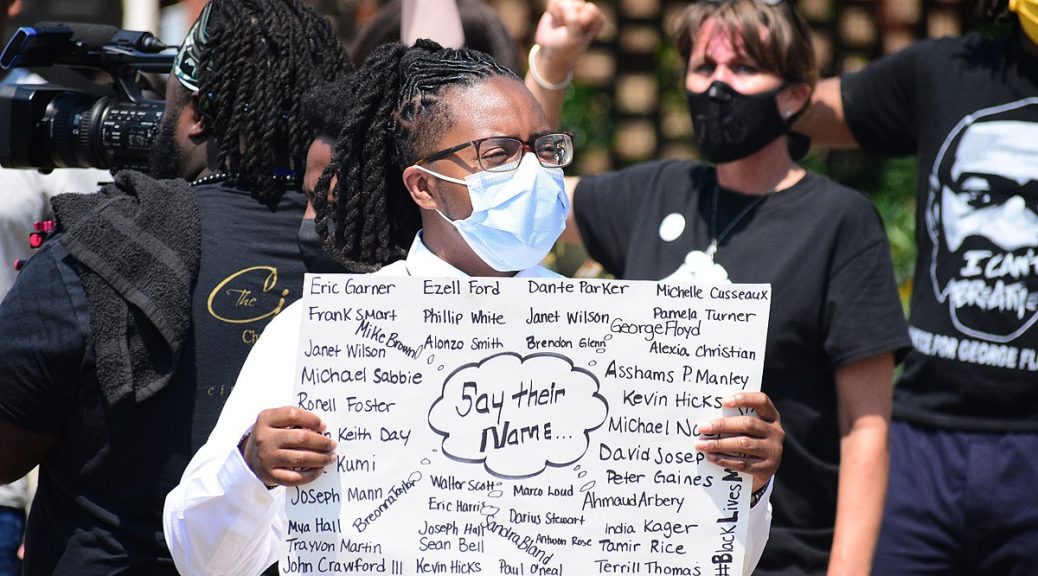 Organizing in “No Chance Alamance” County

This week on the show I’m speaking with three folks engaged in organizing in the rural Alamance County, North Carolina, and it’s capital of Graham. All three work with the 501c4 political non-profit, DownhomeNC which in Alamance has been working on a range of engagements including running local candidates for office, doing get-out-the-vote work, sparking conversations with rural residents of the county, running a bail fund and working on bail reform, rent relief and operating food distribution. Dreama Caldwell, one of our guests, ran on a platform of bail reform to be the first Black woman elected to the County Commission, though she was not elected, is a mother, and as an Abolitionist has been working to abolish cash bail and change the condition for people of Color and poor folks as relates to the Alamance courts and jail. Sugalema is an organizer, a mom, and the daughter of undocumented parents from Mexico who’s been living in Alamance for the last decade. Gwen is a mother from a white, working class background who has also worked to support Alamance organizers through Downhome on a number of campaigns. You can learn more about the organization at DownhomeNC.org and their various social media pages.

As a side note, the folks who produce The Final Straw do not endorse electoralism as a strategy for lasting change or community power. We are anarchists. There are plenty of places you can go to find anarchist critiques of engaging in electoral politics, sometimes with anarchists or anti-authoritarians advocating limited engagement in elections but usually calling for abstention. Even though DownhomeNC is not an anarchist organization, we do feel like the experiences of Sugalema, Dreama and Gwen are important to share because they talk about the work of changing minds and building relationships in the rural south where an autonomous left or anarchist movement doesn’t exist… like most of the world. They are intelligent and impassioned women doing hard work to grow community resistance and engagement. Abolition also includes the complicated work of decreasing the harm caused by systems of oppression like the police, courts, borders, white supremacy and capitalism while simultaneously building discourse against those institutions that impose harm. We really hope that listeners will get a lot from this conversation.

Anarchist and antifascist prisoner Eric King caught covid at FCI Englewood, alongside over a hundred other prisoners, thanks to the ineptitude of his captors at the BOP who have been moving staff between Englewood and FCI Florence where an outbreak had been ongoing. His trial for defending himself from an attack by a prison officer has been pushed back to April of 2021. In good news, his mail ban appears temprorarily lifted and his website hosts his book list again. He’s been able to receive letters, magazines and books for the first time in years. Check out the update at SupportEricKing.org and send Eric some love.

To hear our interview with Eric from last year, visit our website.

“Xinachtli,” as. many of you know, means literally in English, “Seed,” or, as Comrade “X” likes to phrase, it from a prisoner’s perspective, “Germinating Seed” and s/n Alvaro Luna Hernandez, is a Chicano/Mexicano-Anarchist Communist and Anti-Imperialist Internationally-recognized Political Prisoner, has suffered long enough from a (50-year) bogus Aggravated Assault conviction rife with racist civil rights abuse and judicial misconduct.
The contrived & trumped-up Aggravated Robbery charge brought by Sheriff McDaniel without the authority of a warrant, was thrown out later at trial, but through prosecutorial chicanery, allowed the assault charge to stick being a paroled felon.
The so-called Aggravated-Assault charge, which should’ve amounted to a ‘misdemeanor,’ occurred with his near-term pregnant wife nearby in their own front yard, as he, showing no demonstrative violent aggressive behavior, correctly disarmed the Sheriff as he drew his service revolver in anger as “Xinachtli” challenged his authority to attempt an arrest in a situation that could’ve proved lethal for all three, mother, baby, and most surely “Xinachtli” himself. The local authorities hated him and his family and his labor organizing in Brewster County, Alpine, Texas.
Many of you already are familiar with this abuse of authority yarn, but, does bear repeating, as he is still held captive for this injustice in ‘STG’ (Security Threat Group) status, studying law and assisting other prisoners with their appeals, while continuously sharing, and germinating his revolutionary thoughts and ideals in cocoon-like solitary confinement, at the repressive TDCJ-CID James V. Allred Unit, ‘Supermax’ Gulag, in Iowa Park, Texas, marooned in the North Texas’ Red River Valley. Texas prisons are now one of the nation’s COVID-19 virus’ ‘hotspots,’ and the courts are refusing to intervene, WHILE PRISONER DEAD BODIES PILE UP IN LOCAL MORGUES. “XINACHTLI” is an elderly person, with his life in danger.
Presently, “Xinachtli” is preparing for his (1st) upcoming ‘Parole Review Hearing,’ on July 18, 2021. We are in need of help with a groundswell of support from the Prison Abolitionists, Human Rights, Indigenous, and Prison Activist Movement communities. TBPP suggests that FEW, clear & concise letters are preferred, to place in his case-file for review; lazy eyes is a disguise with TBPP Parole Panels. So, let’s blast ’em with a barrage of letters to help us ensure that his ‘Review’ is an impartially-heard (Hearing?) by traditionally ‘parole-stingy’ Texas Board of Pardons & Parole Commissioners; and is a successful one.
Try to include in the letter, that”Xinachtli,” though, he has tested ‘COVID-19 – negative,’ and in recent months received a ‘flu shot,’ he has hypertension that’s medicated, and is ostensibly cured of Hep-C, he nonetheless will be 69 years old next May 12th, 2021; so the Corona Virus danger rages on!
Also include, a solid confirmation that there’s a solid support system waiting, available opportunities of employment, residence, and transportation, as well as psychological/coping support and a period of adjustment, are all important – he’s been in a solitary ‘time-capsule, the worldwide ‘spider’ web has exploded on the social scene since his conviction in June of 1997.
Please address all your Letters of Support for “Xinachtli” with his registered name, ALVARO LUNA HERNANDEZ, and prison number, TDCJ-CID#00255735
You can mail the letters to his lawyer:

To hear Xinachtli telling his story in his own voice, check out our website.